Due to the extremely low exit altitude that Paratroopers exit from, there is very little time for the jumper to determine if they are in danger and deploy their Reserve Parachute in time for it to be able to open and slow the jumper to a safe landing speed prior to landing.

The Static Line Automatic Activation Device (SLAAD) is a stand alone device that will initiate Reserve Parachute Container opening on the jumper’s behalf if it determines that the jumper is in danger and has not carried out Emergency Procedures themselves.

The Free Fall Accessories, Inc. Static Line Automatic Activation Device (SLAAD) is a safety aid that can reduce fatalities from Static Line Paratrooper main parachute malfunctions. The SLAAD is an additional piece of equipment that is added to a Paratroopers Reserve Parachute, and if after exiting the aircraft it determines the jumper is in danger, it cuts the Reserve Container Closing Loop by means of a pyrotechnic loop cutter. With the closing loop cut, the Reserve can deploy as if the jumper had pulled the handle.

No Mechanical Tether or Wifi Required for Operation

Unlike many other Static Line AADs that use some sort of RF Signal from a separate transmitter in the plane, the Free Fall Accessories, Inc. SLAAD is a “Stand Alone” device, and does not require any additional equipment in order for it to perform its task. The SLAAD does not reference the aircraft or the ground in any way. This eliminates the reliance on additional equipment that has to be added to the aircraft, and which should it fail, would render all the AADs in the plane useless and possibly could result in a deployment in the aircraft.

The SLAAD can activate the cutter 4 seconds after the jumper has exited in the case of a Total Malfunction, which is significant when exiting from 525Ft AGL, as 4 seconds in free fall is approximately the half way point, and the T-11R for example is specked to need 150 Vertical Feet to open after a 4 second delay from the aircraft. Currently paratroopers do not use a reserve when exiting from 525ft because they can not react fast enough for the reserve to open in time. The addition of the SLAAD means that a total malfunction from 525 ft is not an automatic death sentence.

Will NOT Deploy in Aircraft

The Free Fall Accessories, Inc. SLAAD is Situational Aware and knows if it is inside the aircraft, has exited and is being towed, or has exited and is free of the aircraft. The SLAAD is compatible with Fixed Wing and Rotary Wing aircraft with Side Door or Tail Gate configuration, and can be configured to different specific parachute performance requirements.

All SLAADs uses COTS Batteries which are field replaceable, and the Gen-II is water proof to 6 ft for 2 hours. The projected lifespan of the SLAAD is 15 years. The Free Fall Accessories, Inc. SLAAD is the most advanced AAD ever conceived and it has to be given the demanding application that is a Static Line Paratrooper jump.

Additionally, the SLAAD has a Black Box feature that measures 10 individual channels of data which can be down loaded post jump and analyzed for jumper and canopy performance. The SLAAD uses this data to determine if the jumper is descending to fast under canopy which can be difficult for the jumper to estimate until it is too late.

The ADAPT is the most innovative and intelligent automatic activation device ever conceived. A need for a new, flexible automatic parachute opener was identified thus the ADAPT Project was born.

Built under contract for the U.S.D.A. Forest Service Smoke Jumpers, the Free Fall Accessories, Inc. Parachute Flight Data Recorder, (PFDR), was designed to measure and record all aspects of descent while under a round or square canopy.

The Free Fall Accessories, Inc. Small Insertion Bundle System, (SIBS), was developed to provide a means to insert small equipment and survival gear into remote areas, quickly, reliability, and cost effectively. The SIBS can be easily clipped to a load, and static lined from a small aircraft, with little training required.

ABOUT US - FREE FALL ACCESSORIES INC 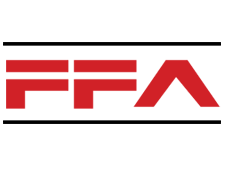 Our success is dependent on consistently producing a product of the highest quality and applying the latest in technological advancements in novel ways to solve problems. With Free Fall Accessories' superior quality, modern manufacturing processes, and creative problem solving, we anticipate becoming the industry leader in parachute/air drop related devices and the industry problem solvers.